Dating back to the native Americans and the early European settlers, the crawfish has been and inherent part of Louisiana culture. Abundant in the swamps and marshes across south Louisiana, crawfish were a favorite food of early residents. Centuries later, crawfish season in Louisiana is still exciting, with crawfish boils and backyard parties a time-honored tradition.

Commercial sales of crawfish in Louisiana began in the late 1800s. At that time, crawfish were harvested from natural waters through- out the southern region of the state. The first record of a commercial crawfish harvest in the United States was in 1880. That year, a harvest of 23,400 pounds was recorded, with a value of $2,140. By 1908, a U.S. Census report listed Louisiana’s crawfish production at 88,000 pounds, with a value of $3,600. 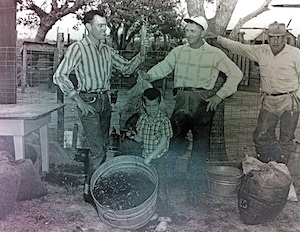 Technological advances have explained the growth of the Louisiana crawfish industry to include farming as well as fishing in the wild. In the 1960’s, crawfish farming made its debut with the cultivation of crawfish in man-made ponds, using controlled water levels, forage management and water recalculation techniques to produce a highly marketable product.

During the next 35 years, crawfish farming developed into the largest freshwater crustacean aquacultutre industry in the United States. Louisiana leads the nation, producing more than 90% of the domestic crop. More than 1,600 farmers produce crawfish in some 111,000 acres of ponds. More than 800 commercial fishermen harvest crawfish from natural wetlands, primarily the Atchafalaya Basin. The combined annual yield ranges from 120 million to 150 million pounds. The total economic impact on the Louisiana economy exceeds $300 million annually, and more than 7,000 people depend directly or indirectly on the crawfish industry.